Braving freezing temperatures and attacking challenging routes on a 22m structure, over 60 international athletes graced the final UIAA Ice Climbing European Cup event of the 2018 season. Oulu, Finland played host to the competition – FINICE –  from 24-25 January which saw Canada’s Noah Beek (lead) and Holland’s Dennis van Hoek (speed) claim the plaudits in the men’s competition and local favourite Mira Alhonsuo made clean sweep of the women’s event in both lead and speed. All three athletes are in prime form having competed across the UIAA Ice Climbing World Tour which concludes in Kirov, Russia next weekend.

The European Cup is a new format introduced by the UIAA for the 2018. It is designed to offer more events for both World Tour and youth athletes to compete in and opens the sport of ice climbing to a wider number of event organisers. Prior to the event in Oulu, events were held in Domzale (Slovenia), Bratislava (Slovakia) and in Champagny-en-Vanoise and L’Argentière-la-Bessée in the French Alps. Van Hoek and Alhonsuo claimed the overall European Tour speed title with Angelika Rainer (Italy) and Louna Ladevant (France) the lead crowns. The multi-talented Rainer has taken a break from the World Tour in 2018 while Ladevant, winner at three European Cup events, is one of the emerging stars of the sport.

The UIAA Ice Climbing season concludes with the grand finale to the World Tour from 2-4 March. Full details will be available on Thursday 1 March including how to follow the event.

Pictures can be viewed here.

For more about the UIAA & Ice Climbing click here. 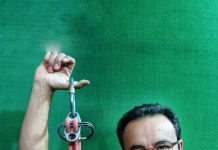 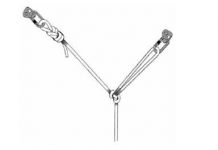 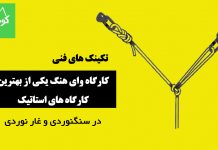