EXPERIENCE AND YOUTH TO THE FORE IN KIROV

At their home World Cup, some of the world’s leading ice climbers embraced the opportunity to end the season quite literally on a high while emerging talents offered a tantalising glimpse of what the future may hold.

In front of another vast audience – close to half a million viewers – through the UIAA’s YouTube , Facebook and Twitter channels and through livestreaming partners the Olympic Channel and EXTREME, a feast of relentless, technical ice climbing was provided.

Maria Tolokonina (main photo) is a brilliant and versatile ice climber. Four-time World Tour winner in lead, five-time in speed and reigning World Champion in the same discipline, she had a point to prove in Kirov. Following two bronze and as many silver medals, she was chasing a first, elusive gold of the season. With her lead form vastly superior to her performance in this year’s speed competition, this was her opportunity. Slick performances in the qualification and semi-finals, where she was the best performing athlete, built momentum going into the final climb. The pressure was on. South Korean’s Woonseon Shin (slipping with seconds to spare at clip 12) and Hannarai Song (falling at clip 11) both registered impressive climbs. On her home wall, Tolokinina produced a measured and controlled performance coming close to the topping the route and taking that long-awaited gold medal. For the fifth straight competition, Ekaterina Vlasova finished in fourth place. Holland’s Marianne van der Steen, eighth place, performed impressively in reaching the Finals for the first time this season.

Maxim Tomilov had taken three silver medals in four World Cups and like Tolokonina was a multi-World Tour winner on the hunt for a first gold of the season. Fate seemed to be in Tomilov’s favour when World Tour leader Alexey Dengin failed to make it through to the Finals and when with just one athlete still to climb he became the first climber to top the route in Kirov. That was until Nikolai Kuzovlev, a less measured but speedier climber by nature, stole victory with the very last climb of the men’s lead competition. A surprise bronze medal was claimed by South Korea’s Lee YoungGeon, considered by many to be the natural heir to the great HeeYong Park. Kuzovlev adds a lead gold to his two first places in speed. Among the finalists was Canadian youngster Noah Beek who finished in seventh. Tomilov’s disappointment at not claiming gold was tempered by claiming the World Tour crown, owning to his superb consistency across the season. Tomilov’s 371 points saw him edge out Alexey Dengin (344). Dengin, winner of three gold medals in five competitions, paid for disappointing performances in Rabenstein and Kirov. Mohammadreza Safdarian, the first Iranian athlete to claim both a World Cup medal and a World Cup gold during the 2018 season, finished the season in third (318).

Going into the final weekend of action, three athletes – Ekaterina Koshcheeva, Natalia Belyaeva and Ekaterina Feoktistova – were in contention for the overall World Tour speed crown. It was set up for whoever took to gold to claim the honours. However in a weekend which saw the formbook overturned, it was 17-year old Valeria Bogdan who took the Kirov gold medal, excelling at her first World Cup of the season. Bogdan had already underlined her potential by claiming both the speed and lead U-19 titles in January’s UIAA Ice Climbing World Youth Championships in Malbun, Liechtenstein. Of the front runners only Belyaeva made the last four, eventually claiming a bronze medal by virtue of winning her duel against Alena Vlasova. Bogdan’s final duel triumph came against her coach Maria Tolokonina, lead champion earlier in the day. A case of master teaching protege a little too well.

Despite losing to Vlasova in the first round of the finals, Koshcheeva hung on to take the seasonal crown with 375 points. Belyaeva finished second on 365 and Feoktistova third having crashed out in the semi-finals.

Kirov really was a showcase for the future of Russia speed climbing. With 17-year old Bogdan taking the women’s gold medal, Nikita Glazyrin, born in 2001, stole the show in the men’s competition. Like Bogdan he was appearing for the first time this season and had tasted success at the Youth Worlds.

Glazyrin made short work of the final duel defeating Anton Sukharev who failed to finish his first climb. Sukharev, only 19, was also making his first World Cup appearance and can be proud of his silver medal. The quest for the overall title was thrown open due to the absence of competition leader Anton Nemov. Despite losing his quarter final duel to Aleksander Mochalov, Nikolai Kuzovlev took the seasonal crown on 346 points as closest challenger Ivan Spitsyn failed to make it passed the semi-finals. A fate which also met reigning World Tour and World Champion Vladimir Kartashev whose season never threatened to hit the heights of 2017.

All results from the 2018 season are available here.

Photos from Kirov can be downloaded here.

A retrospective of the 2018 UIAA Ice Climbing season will be available in mid March with details available regarding the UIAA’s road map for the seasons to come.
Season commentary came from Liam Lonsdale with co-commentators including Kendra Stritch, Alexey Dengin, Eimir McSwiggan, Noah Beek, Ian Hanson and Ekaterina Feoktistova. 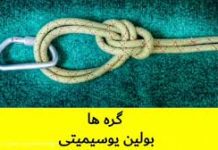 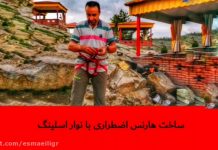