On Saturday evening representatives of the UIAA were honoured to organise a special ceremony ahead of the Lead Finals at the 2018 UIAA Ice Climbing World Cup in Saas-Fee, Switzerland.

During the ceremony, the Swiss Cancer Research Foundation were presented with a donation of £۲۵,۰۰۰ by Climbers Against Cancer (CAC).

CAC was created by the late John Ellison, a British climber who after being diagnosed with terminal cancer, established a charity that has since raised hundreds of thousands of dollars from climbers and mountaineers. CAC has been supported by the UIAA since 2014 when Ellison was honoured at a meeting of the UIAA Management Committee in Munich. During the meeting, Ellison was feted for his outstanding efforts to bring together the global family of climbers and mountaineers to raise funds for research to fight and beat cancer. When founding the charity, Ellison spoke of his desire to unite there climbing and mountaineering community: “Whilst thinking about the possibilities of ‘Climbers Against Cancer’ as an idea I remembered the saying ‘strength in numbers’ and how the world of climbing as a family has so much power to deliver a message across the globe. If, as a group of friends, we come together and support ‘CAC’ it can help others in the future by raising awareness and funds to further research into finally finding a cure for cancer! Being open about my own predicament has helped others feel more comfortable in discussing this disease and whether talking to adults or children I have seen a huge change in attitude.”

For further details about Climbers Against Cancer, and to support the charity, please click here. 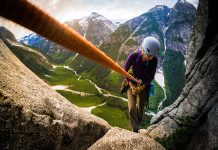 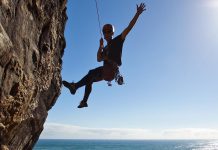 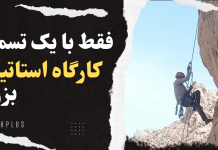